The incredible success of Danish Animation

2021 was a banner year for Danish animation at home and abroad, proving yet again the incredible cultural and economic impact of Denmark’s animation industry.

The incredible success of Danish Animation

2021 was a banner year for Danish animation at home and abroad, proving yet again the incredible cultural and economic impact of Denmark’s animation industry.

The Covid crisis of the past two years has affected every part of society, not least the creation and production of animated films, and the ways in which audiences access media and entertainment.

In the face of those challenges, the recent successes of Danish animated films are even more remarkable.

Despite production setbacks, and a tradition of receiving a remarkably low percentage of institutional funding and support, Danish animation continues to out-perform by every measure.

Jonas Poher Rasmussen’s Flee has been hailed around the world as one of the best films of 2021.

The animated documentary grew out of the Anidox program at The Animation Workshop, was produced with Copenhagen animation studio Sun Creature, and was backed by executive producers Nicola Coster-Waldau and Riz Ahmed.

Flee has been recognized not just for the quality of the animation and compelling nature of the story, but also for representation of refugees, minorities, and LGBTQ communities.

Over 33 international film critics have named it one of the 10 best films of 2021.

It has been nominated for (and won) most of the most prestigious awards in the world, including wins at Sundance, Annecy, the New York Film Critics Awards, the British Independent Film Awards, the European Film Awards, and an Annie Award.

What we bring to international productions is our ability to function really well within a team, understanding how we fit into the whole production, and understanding the limitations that we are working under.

The unique format of the film, as an animated documentary with archival film footage, means that it was recently nominated for three Academy Awards, as Best Animated Feature, Best Documentary Feature, and Best International Feature Film.

It is the first film in history to be nominated in all three of these major categories simultaneously.

Directed by Thorbjørn Christoffersen and Anders Matthesen, and produced by Trine Heidegaard and Pop Up Production and Anders Mastrup at A Film Production, the Checkered Ninja films are based on Matthesen’s 2016 book of the same name.

The engaging stories follow the adventures of a doll possessed by the spirit of 16th century Japanese bandit Taiko Nakamura, and his young friend Aske.

The first Checkered Ninja film won three Robert Awards and was nominated for Best Danish Film by the Bodil Awards.

It was dubbed and released for English-speaking audiences on Amazon Prime and iTunes in 2019, helping to expand the reach of Danish animation around the world.

It’s no wonder, then, that Checkered Ninja 2 was so successful, breaking Danish box office records upon release.

It had the best opening weekend ever in August 2021, and the best ever single-day admissions for a Danish film on its opening Saturday, exceeding all expectations.

It has since been sold to Germany, Poland, France, Spain, and Columbia. Writer and director Anders Matthesen has also recently won an unprecedented Bodil Award for his voice acting in the film, showcasing his incredibly diverse talents.

The experts at Animation Denmark aren’t surprised by these recent successes.

Founded in 2014, the trade association now represents 90% of Danish animation studios and producers.

Denmark has long been a destination for international animation productions, and the professional community has been shaped by decades of first-class experience.

“We have spent years working with Disney and Dreamworks and Netflix and companies like that, and we’re very good at it.

What we bring to international productions is our ability to function really well within a team, understanding how we fit into the whole production, and understanding the limitations that we are working under.

However, we are also very creative within those limitations, so we bring more to the project, use our resources effectively, and put more money on the screen.”

What’s the point of educating writers and directors if they will never get to create their own films, or if they have to go to another country to realize their vision?

Now, Animation Denmark believes that it is time to invest in local productions.

Bolstered by the success of projects like Flee and Checkered Ninja 2, the group has prepared a report of the state of the industry and presented it to politicians who may be unfamiliar with the opportunities and challenges that animation represents.

Animation Denmark wants to secure funding that is earmarked for local animation, in amounts that are proportionate to the real costs of producing original films.

Such funding would allow filmmakers to complete original films that reflect Danish culture and develop their own intellectual property, without spending years on the funding process.

“What’s the point of educating writers and directors if they will never get to create their own films, or if they have to go to another country to realize their vision?

We have incredible potential right here, but we need the political support to make it happen.
Animation Denmark allows us to speak with one voice, making our message more powerful.”

Animation Denmark has received a wide range of positive feedback from politicians, including a letter of appreciation from Ane Halsboe-Jørgensen, the Minister of Culture.

In fact, their efforts have already resulted in a new higher priority for animation funding in the coming years, and the future looks bright indeed.

Get more info about the Animation Denmark 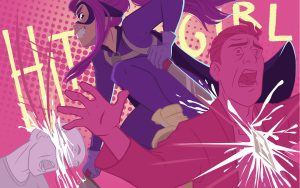 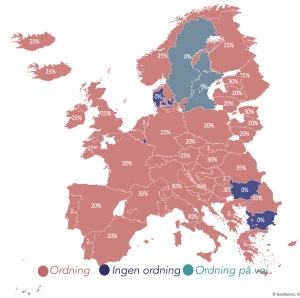 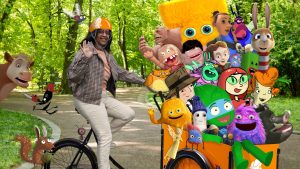 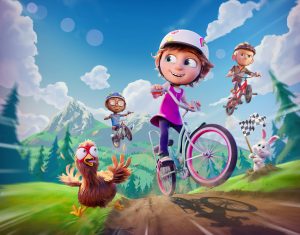 BINGO! – How determination made a nordic kids franchise